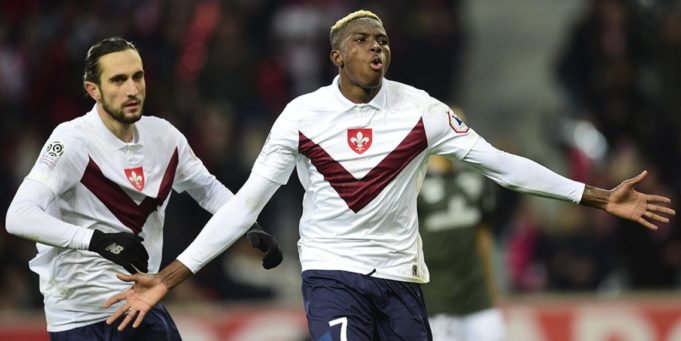 Super Eagles rave of the moment, Victor Osimhen has revealed the project that was presented to him by French club Lille was too good to turn down and that he had also rejected several offers before moving to France, AOIFootball.com reports.

The 20-year-old, who has immediately become the fans’ favourite, spoke about how he has been treated with love since joining the club, whilst also hoping to do more in the second stanza of the league.

“When my representatives first broke the news to me that Lille really wanted me and they presented the project and the plans to also execute the project, I think that motivated me because it fits into what I want as a striker.

“When I got to the club, the love was really massive – from the fans, the backroom staff and also my new teammates. To be honest, I did not expect much at that short period but they were very welcoming and the coach wanted me to play immediately and that was when I knew I was really wanted at the club,” Osimhen said.

Osimhen further stated how he has settled well in the city as the fans have made his short stay a very special one, both on and off the pitch.