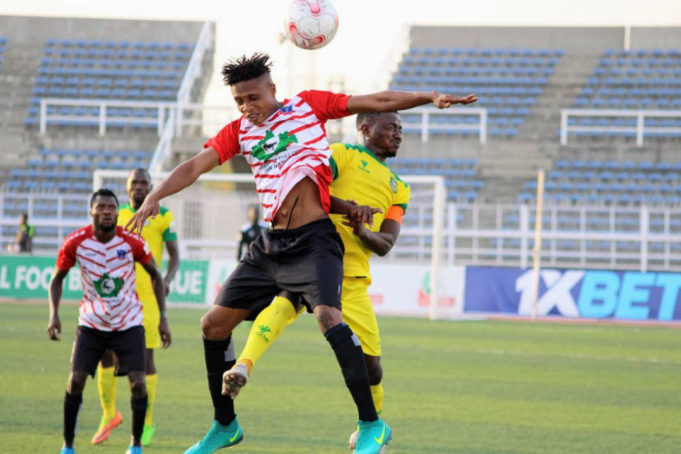 Lobi Stars FC of Makurdi new acquisition, Abdulkareem Mumini, has expressed confidence in his side’s ability to end their campaign in the ongoing season with at least a silverware, AOIFootball.com reports.
The former Abia Comets goal poacher made this known exclusively to AOIFootball.com after his side earned a hard-fought victory against Sunshine Stars of Akure, in a Match Day 12 encounter, at the Aper Aku Stadium in Makurdi, revealing that the players are all determined to give in good fights to ensure that the team does not go trophy-less at the end of the season.
“I’m very sure we will end the ongoing season with at least a trophy, or possibly get a slot to play in any of the CAF inter-club competitions,” said Abdulkareem, whose second goal against Sunshine Stars sealed victory for the coach Ogunbote tutored side.
“We, the players are determined to give it our very best, to ensure that the team goes home with a Silverware at the end of the season,” he added.
The 2019 CAF Champions League campaigners currently occupy the second position on the log of the Nigeria Professional Football League and will be visitors of relegation strugglers, Adamawa United in Gombe on Match Day 13.