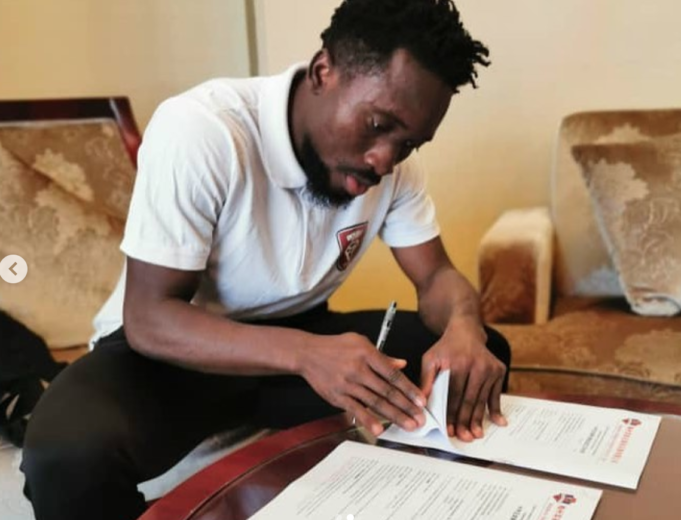 Former NPFL hotshot, Chisom Egbuchulam has backed his move to the Chinese National League with Second Division side Meizhou Hakka on a two-year deal after a short stint in South Korea, AOIFootball.com reports.

The former Enugu Rangers striker told AOIFootball.com exclusively from his new base in China, that he had the chance to remain in South Korea with Suwon FC but wanted a new challenge after an impressive season in the K.2 League.

“It was a well-thought move because I wanted a new challenge in another Asian country so I made the choice to move here. Personally, I did not want to move back to Europe despite the offers I got from a host of clubs,” Egbuchulam said.

The 27-year-old added that his immediate target ahead of the new season will be to help his team finish in a good position and stand a chance of gaining promotion to the Chinese Super League.

Egbuchulam scored 18 goals last season at Suwon FC and was named the club’s best player of the season. He will now hope to replicate the form with Meizhou who is also eyeing to improve on their disappointing 10th place finish last term.