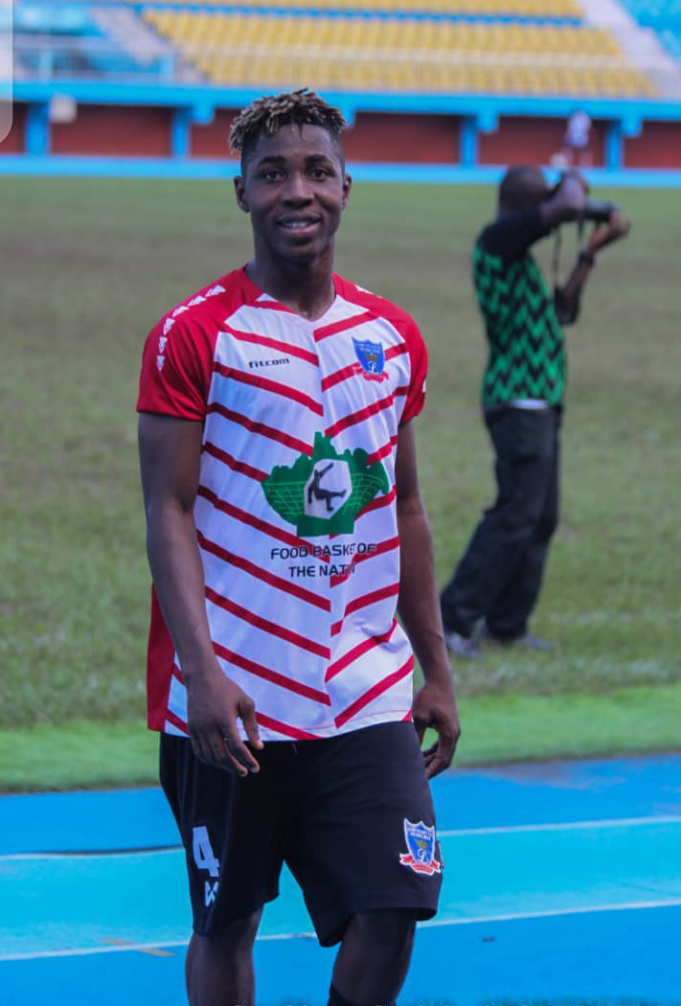 Lobi Stars FC midfield combatant, Tamara Ezekiel has expressed great joy over his match-winning goal and his side’s victory away to Adamawa United FC in a Match Day 13 duel of the Nigeria Professional Football League, AOIFootball.com reports.
In an exclusive interview with AOIFoitball.com, the former Supreme Court FC and NAF Rockets midfield maestro stated that he is exceptionally happy because his goal came at a time when his team is playing good football and appears to be unstoppable both at home and away.
“I’m extremely happy, not just because I scored the match-winner, but because we’re really playing good football at the moment,” said the Delta State-born midfielder.
“If we can maintain our current form, we will definitely be unstoppable both at home and on the road.”
The always smiling, camera-shy midfield player, whose half volley from an Abdulkareem’s cross, stunned the Yola based side before their home fans in Gombe, has dedicated his goal to his teammates for their collective efforts, adding that everyone gave a good account of themselves, and they all stood in for one another during the game.
“I’m dedicating my first goal for the club to my teammates; it was a collective effort from all involved,” he said.
“Everyone gave a good account of themselves, and we all stood in and played for one another,” Tamara concluded.