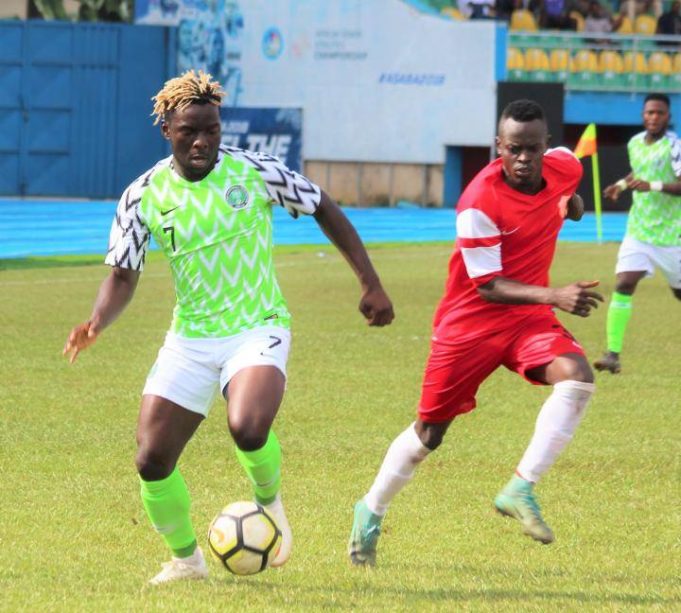 The 21-year-old, who featured for the Dream Team at the AFCON U-23 championships in Egypt, will become the club’s first signing of the window as they prepare for the second half of the Ukrainian league which begins next month.

Speaking to AOIFootball.com from his base in Ivory Coast, the former Lokomotiv Tashkent forward also revealed interest from Turkish giants Galatasaray as he awaits his Visa to meet his new teammates in Ukraine.

“Actually I have signed a deal with Kyiv and everything has been done. I am just waiting for my passport to be ready so I can travel to Russia and then get my visa to make the move to Ukraine for the medicals and then join the team in Turkey for training ahead of the league resumption.

“I have also been receiving series of messages from Galatasaray fans on social media it seems they were interested in bringing me to Turkey, some people even sent me pictures and videos from Galatasaray but I don’t know much about that,” Olabiran added.

Olabiran helped Tambov to win the Russia National Football league in the 2018/2019 season before also featuring for them in the Russian Premier League helping them to an 11th placed standing before quitting the club after the expiration of his contract in December.