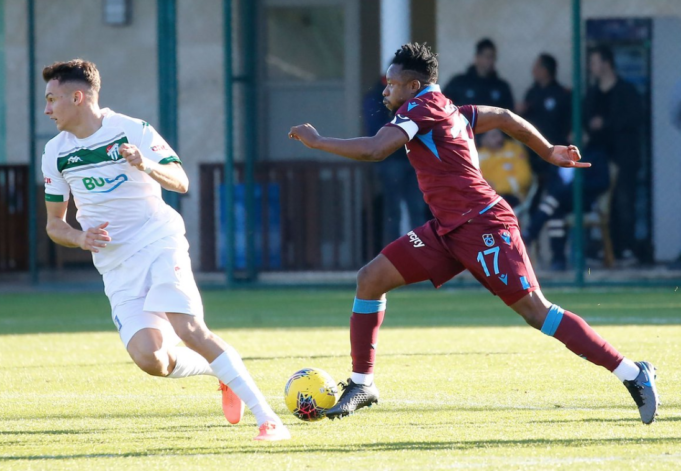 Super Eagles midfielder, Ogenyi Onazi has set his sights on winning the Turkish League trophy with Trabzonspor and get back to his best form, AOIFootball.com reports.

Onazi who recently returned from a lengthy injury, told AOIFootball.com from this team’s training base in Antalya,  that he now wants to focus on the positives and also try to lead the club to an eventful end to the season.

“Glory be to God Almighty for his grace. New Year, New beginning. I have objectives for the year and unfinished business with my and club is to battle for the title. We are on course for that and I am working so hard to get to the level I was before my injury. This is my priority for now,” Onazi stated.

The former Lazio midfielder made his first appearance of the year in Wednesday’s friendly goalless draw against Bursaspor.

Tolu Olorunmoteni - May 14, 2017
ALL CATEGORIES
SOUNDCLOUD