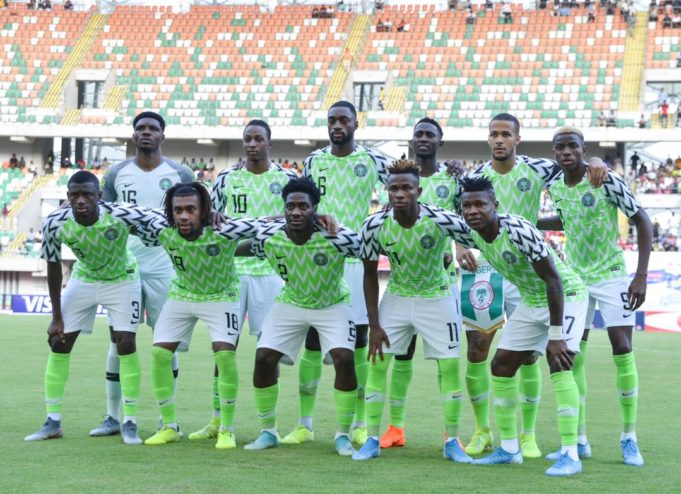 President of the Nigeria Football Federation, Amaju Melvin Pinnick has promised not to relent on his quest to build a solid national team after declaring that he will continue to scout for the best legs to represent the country, AOIFootball.com reports.

Pinnick, who has always disclosed his desire to scout for top players to represent the who, stated that he has already spoken to the Minister of Sports, Sunday Dare of his intentions and will always do all within his powers to see the country’s football grow.

“I’m the President of the NFF and if anything bad happens to our teams, it is Amaju Pinnick that they call. They don’t call the coaches’ names. So if I see something angelic, if I see platinum, a diamond, I would bring him or her and give it to the Super Eagles.

“I don’t think there is anything wrong in scouting for the national team. They do it everywhere in the world. Presidents of other football federations also do it. I don’t see any big deal about that. In reference to one of the scouted players, you might be referring to, Ovie Ajara, I speak to his father regularly.

“I would soon meet them in London so that we can tie up the switch to Nigeria from England. Ovie is such a talented, dynamic player, and very creative midfielder and he can play from anywhere. He will add value if he joins the Super Eagles, ” Pinnick told the Vanguard.

“I don’t believe we should allow such opportunities to slip away from our hands. This is someone who won the Under-20 FIFA World Cup with England. He is a Liverpool player but on secondment to Reading. I don’t have any regrets in doing that. My Executive Committee has not stopped me from doing it.

“If I scout for players, I don’t see anything wrong about it. I don’t have any ulterior or sinister motive for doing it other than to get the best for the country. And I always talk to the Minister before I go on such trips and he has not stopped me or raised eyebrows over my moves,” he added.

Jeremiah Umahi - May 26, 2017
ALL CATEGORIES
SOUNDCLOUD