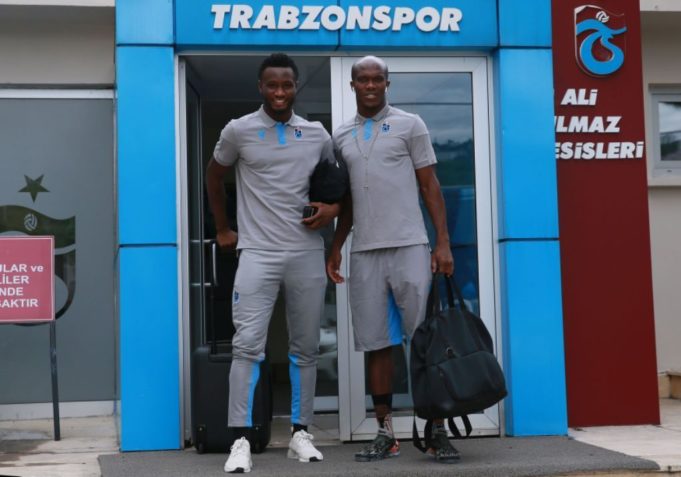 Nigerian international and Trabzonspor of Turkey midfielder, Ogenyi Onazi has said that the duo of Mikel Obi and Anthony Nwakaeme have made Turkey more like Nigeria to him as the trio have formed a wonderful bond this season, AOIFootball.com reports

Speaking to AOIFootball.com ahead of the second stanza of the league, Onazi stated that even though his injury recovery the duo stood by him and made him feel the love of being back home.

“Having a Nigerian in your team feels like home. Players like Mikel and Tony…wow! We are already enjoying ourselves like in the national team. I’m happy to have them here,” Onazi said.

He further added that he was already excited with the prospect of sharing the same midfield with the former Eagles skipper after the pair played together for the first time in Trabzonspor’s goalless draw against Bursaspor in a friendly game in Antalya.

Onazi will, however, return to competitive action this Thursday when they host Denizlispor in the first leg round of 16 of the Turkish Cup as they seek to lift an unprecedented double.