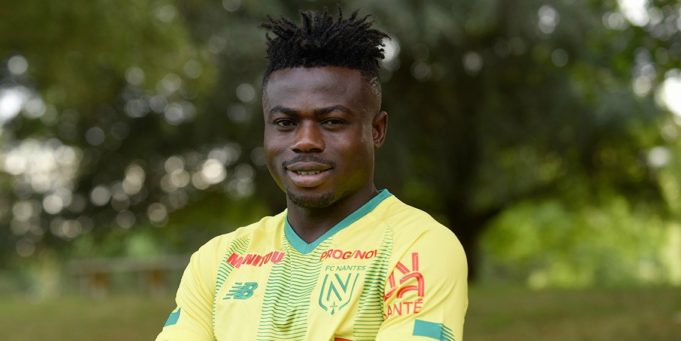 AOIFootball.com’s recent findings indicate that current FC Nantes and Super Eagles winger, Moses Simon almost joined compatriot Oghenekaro Etebo at Stoke City just before he made his loan move to the France-based side.

Simon has had a fantastic season so far at Nantes,having played a total of 1,509 minutes and scoring 5 goals with 5 assists in all competitions and has been one of the most impactful players of the team.

The former KAA Gent winger joined Spanish side Levante in 2018 after the FIFA World Cup and had a poor start at the LaLiga outfit, a situationthat made him seek a loan move to rediscover his form and one of the teams that showed interest was Stoke City which at the time had Super Eagles midfielder Oghenekaro Etebo on their payroll.

But according to information available to AOIFootball.com, he turned down the opportunity and chose to go to France instead.

His decision has however paid off and the former AS Trencin man is in the form of his life at Nantes.