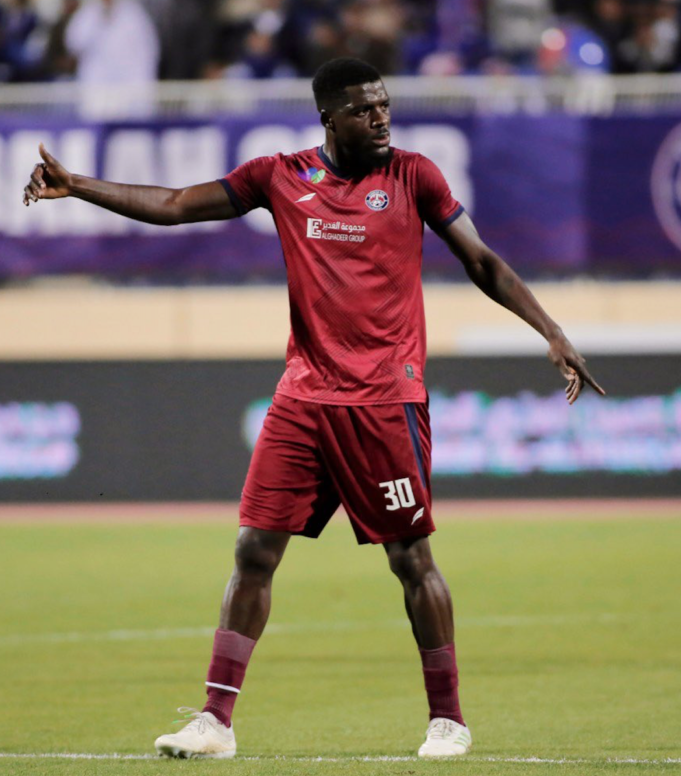 Former Super Eagles midfielder, John Ogun has expressed his delight after making his debut for Al Adalah in their 1-0 loss to Al-Nassr in the Saudi Kings Cup, AOIFootball.com reports.

The former Hapoel Be’er Sheva midfielder, who recently completed a six-month deal to the Asian nation, lined up in the heart of the defense alongside Ass Mandaw with fellow Nigerian Ahmed Musa named among the substitutes for the visitors.

The hosts were however made to do plenty of defending in the clash as the visitors piled plenty pressure from the word go but Adalah held on as both sides went into the half time break goalless.

Their resolve was however broken 6 minutes after the break when talismanic forward Abderrazak Hamdallah popped up with the opening goal with the strike going on to seal the victory for Al- Nassr.

Ogu, who was on for the entire match duration, had a game rating of 6.5, made 7 clearances, 1 interception, 1 goal bound shot and also completed 81% of his passes.

“First official game for Football Club @aladalahclub. Not the result we wanted but we have to keep working. Feels good to be back on the field after 6 months. Grateful to God Almighty,” Ogu posted afterward.