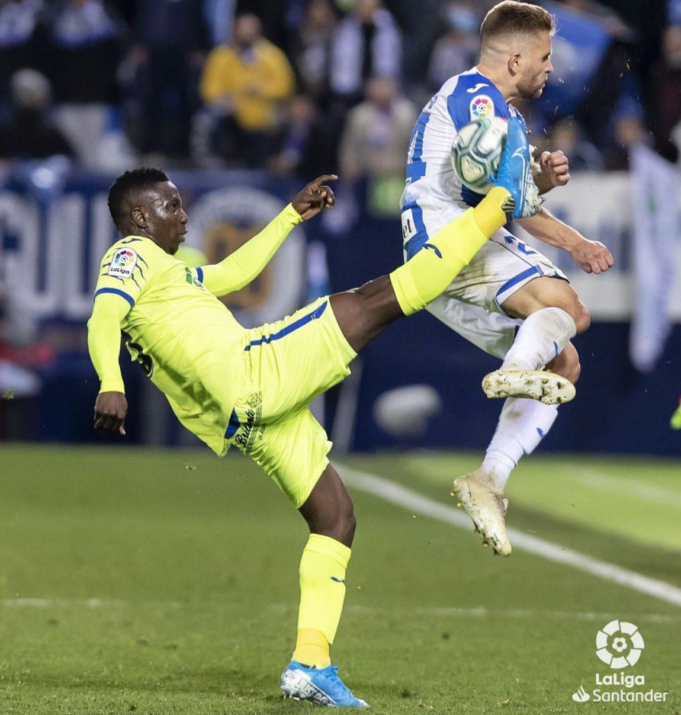 Super Eagles midfielder, Oghenekaro Etebo made a memorable league debut with European chasers Getafe after he came off the bench to help them win 3-0 at local rivals Leganes to move back into the top five of the table, AOIFootball.com reports.

Having made his debut in last week’s disappointing 2-0 Copa del Rey loss away at CF Badalona, the on-loan Stoke City midfielder was named among the substitutes as the hosts handed Kenneth Omeruo a starting berth with compatriot Chidozie Awaziem named on the bench.

It however took the visitors 12 minutes to open the scoring when Leandro Cabrera put them ahead for 1-0 before Cameroonian defender Allan Nyom increased his side’s tally on 21 minutes to make it 2-0.

Etebo was then called on for the goal scorer just after the hour mark before the visitors increased their tally to three 2 minutes later when Jaime Mata made it 3-0 going into the break.

Both teams, however, failed to find the net in the second half with Getafe ending a run of 4 successive losses in all competitions whilst Leganes suffered their first defeat in 7 games.

Etebo finished with a game rating of 6.7 but it was Omeruo who stole the show despite his side’s loss, finishing the game with a rating of 7.3, making 5 clearances including one off the line clearance, 3 interceptions and also completed 9 of his 12 duels.