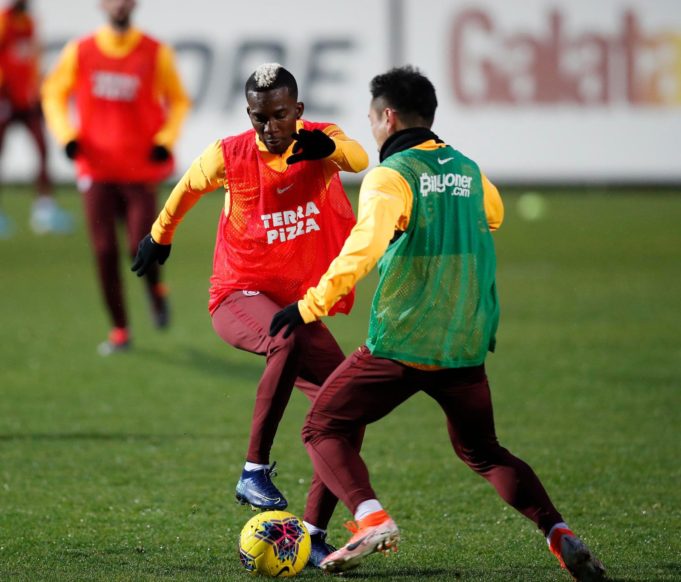 Nigerian international, Henry Onyekuru has returned to training with Turkish side Galatasaray after fully recovering from Malaria which kept him out of action last week, AOIFootball.com reports.

The Eagles forward joined the Turkish giants on a six-month loan deal from French side Monaco and will now look to make the most of his time.

The 22-year-old, however, revealed to AOIFootball.com that he is now feeling better and wants to ensure he gets back to competitive football after being out of action for most of his time in Monaco.

“Feels good to be back on the pitch again. The second half of the season is upon us and I can’t wait to return to action,” Onyekuru stated.

The winter acquisition will, however, may need to sit out Sunday’s home clash against Denizlispor, as he continues to battle for fitness before his first game for the team.