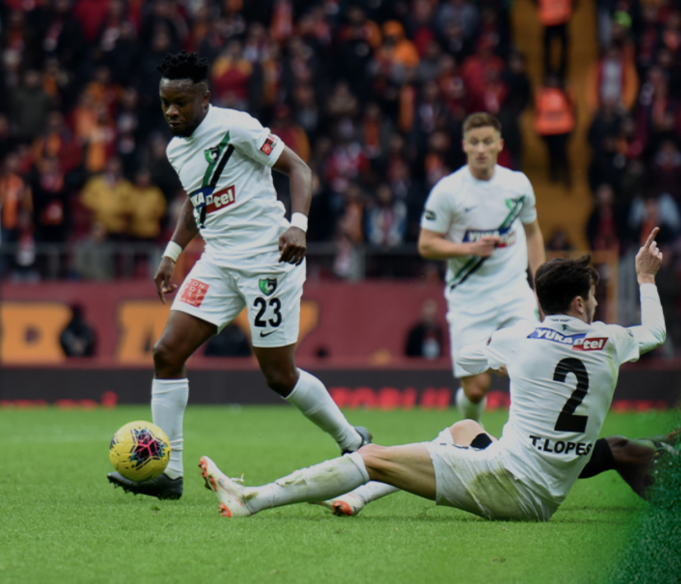 Super Eagles midfielder, Ogenyi Onazi made his first appearance for new club Denizlispor on Sunday as they fell to a 2-1 defeat away at Galatasaray which also had new boy Henry Onyekuru watching from the stands, AOIFootball.com reports.

Having joined on a free transfer last week, the former Lazio midfielder was given his first league start since December of 2018 with the visitors hoping to end a run of 4 games without a win in all competitions.

They, however, fell behind halfway into the first half when midfielder Emre Akbaba showed incredible reflex to turn home from close range after been set up by Marcello Saracchi.

The hosts then doubled their lead three minutes before the hour mark courtesy of Radamel Falcao before Onazi was replaced in the 64th minute with Denizlispor going on to grab what proved to be a mere consolation moments later via the boots of Muhammet Ozkal.

Onazi finished the game with a rating of 6.0, completing 77% of his passes and making one interception and tackle.