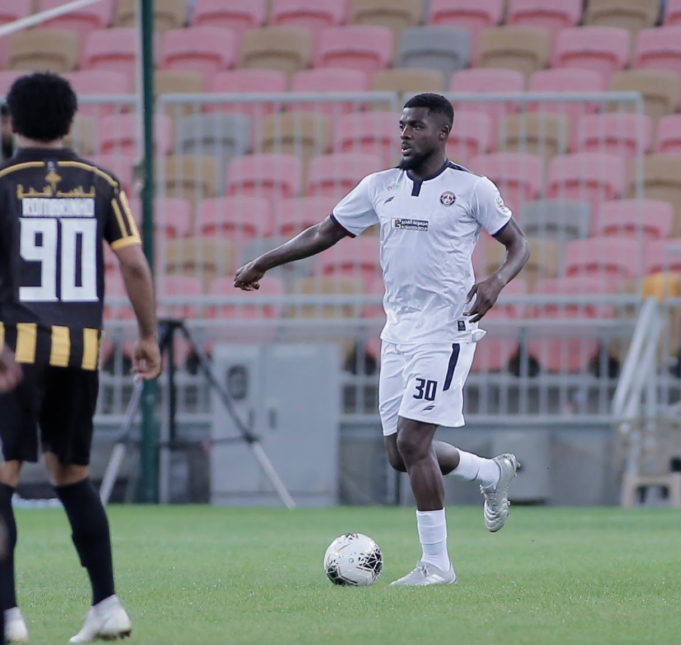 Former Super Eagles midfielder, John Ogu has hailed his team’s resolute display to pick a valuable point away at Al-Ittihad after playing a goalless to help them beat the drop, AOIFootball.com reports.

The former Hapoel Be’er Sheva midfielder, who was making his league debut for the newly-promoted side started again in the heart of the defense as he helped them to just their second clean sheet of the season and their first since their 4-0 win over Damac FC on matchday 2 of the league.

“Proud of the team effort. We have to keep working to be better in the next game,” Ogu posted afterward.

The 31-year-old finished with a game rating of 7.3, making clearances, 2 interceptions, completing 88% of his passes and also made two key blocks to stop his side from going behind in the clash.

Al-Adalah, however, stays 15th on the log with 10 points, 5 points adrift safety as the league reaches the halfway stage.