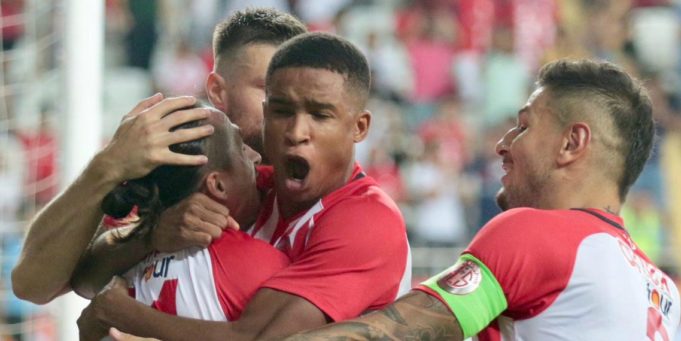 Nigerian youngster, Paul Omo Mukairu stole the show in Ogenyi Onazi’s home league debut for Denizlispor after the attacker scored one and assisted another to inspire Antalyaspor to a morale-boosting 3-0 away win, AOIFootball.com reports.

The 20-year-old led the line for the visitors who came into the clash with just one defeat in their last four outings while Onazi and his side were hoping to arrest a terrible run of form which has seen Denizlispor fail to win in any of their last six games in all competitions.

Mukairu, however, showed his potential when he grabbed his second Professional assist to set up Adis Jahovvic for 1-0 on 26 minutes before he then put his side in the ascendency when he scored 5 minutes from half time to make it 2-0.

Gustavo Blanco then put the game beyond Denizlispor when he converted for 3-0 before the hour mark Onazi replaced almost immediately as the host slummed to their 9th defeat of the campaign.

Mukairu who was on for the entire match duration was rightfully awarded the man of the match, finishing with a rating of 7.4, completing 84% of his passes and also helping out defensively.