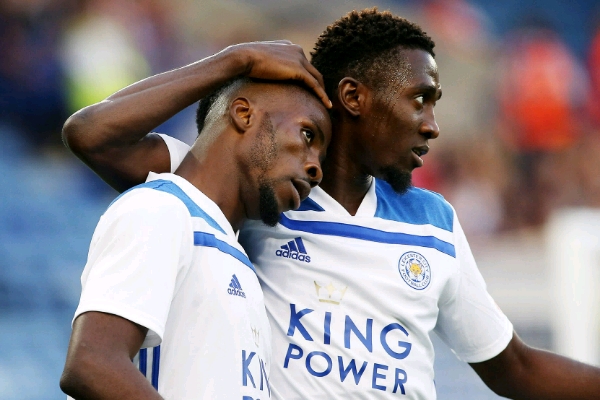 Super Eagles duo of Wilfred Ndidi and Kelechi Iheanacho will be the attraction of many football fans later Tuesday evening when they file out for Premier League high second, Leicester City against Aston Villa in the second leg semifinals of the League Cup, AOIFootball.com reports.

Having last reached any major domestic cup finals 2 decades ago, the Nigerian duo will hope to help create another round of history at the Villa Park with the Foxes targeting their 6th finals having last won the competition in the 1999-2000 season.

With an average of a goal every 35 minutes, Iheanacho is expected to lead the line for the Brendan Rogers side with the rejuvenated striker proving to be mercurial in the Cups this season, scoring 4 goals in just two starts.

The Foxes will, however, be boosted by the return of the 10th most valuable midfielder in the world, Wilfred Ndidi who is expected to offer a shield to the defense after he was passed fit after missing last Saturday’s FA Cup win away at Brentford.

The visitors go into the clash with no similar advantage after they needed a Kelechi Iheanacho equalizer at the King Power Stadium a few weeks ago to pull a 1-1 draw and now need an outright win to reach the finals.

Musa, Ndidi lose as Victor Moses’ Chelsea gets back to winning ways