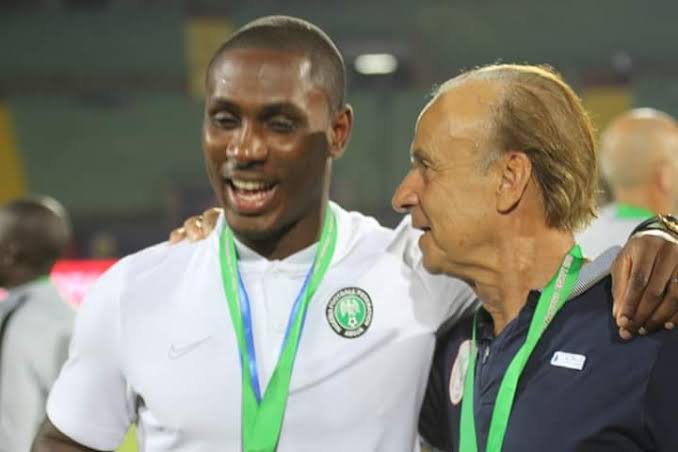 Speaking exclusively to AOIFootball.com, the Franco-German admitted that it would be difficult to overlook a player that plays in the highest level as he also believes he could be a source of motivation to the upcoming players in the team.

“We are very happy about the new team of Ighalo, Manchester United is a fantastic challenge for him and i spoke already with him and you know he is a very good player on and off the pitch.

“If a player is playing in Manchester United each coach of national teams would like to have him. Our young players could learn a lot on the side of this great goal scorer,” Rohr concluded.

Before his retirement, the 30-year-old was the Franco-German most trusted frontman as he helped Rohr qualify for both the 2018 World Cup and the 2019 AFCON with a game to spare before also topping the scorers’ chart at the AFCON to bag Bronze for Nigeria