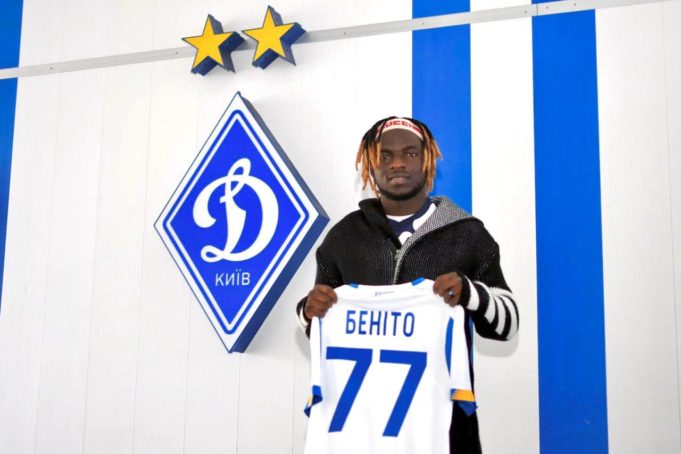 Nigerian international, Olabiran Blessing Muyiwa has been unveiled by Ukrainian club side Dynamo Kyiv after he signed a 3-year-deal from Russian side FC Tambov, AOIFootball.com reports.

The 21-year-old had agreed in principle to join the club last month after leaving Tambov as a free agent but delays in getting a visa into Ukraine delayed his move as he has now been officially unveiled by the club ahead of the second half of the season.

The Olympic Eagles forward will, however, head straight to Turkey where the team is camping ahead of the league resumption which begins in 15 days.

Olabiran will, however, wear jersey number 77 and could make his debut for second place Kyiv when they Vorskla Poltava on matchday 19 of the Ukrainian league.

The pacey winger began his career at Moldova side Saxon Ceadir Lunga in 2017 before a short stint at Lokomotiv Tashkent and FK Dnyapro. He, however, enjoyed club success at Tambov when he joined in August 2018 as he helped the club gain promotion into the elite league before quitting last December.