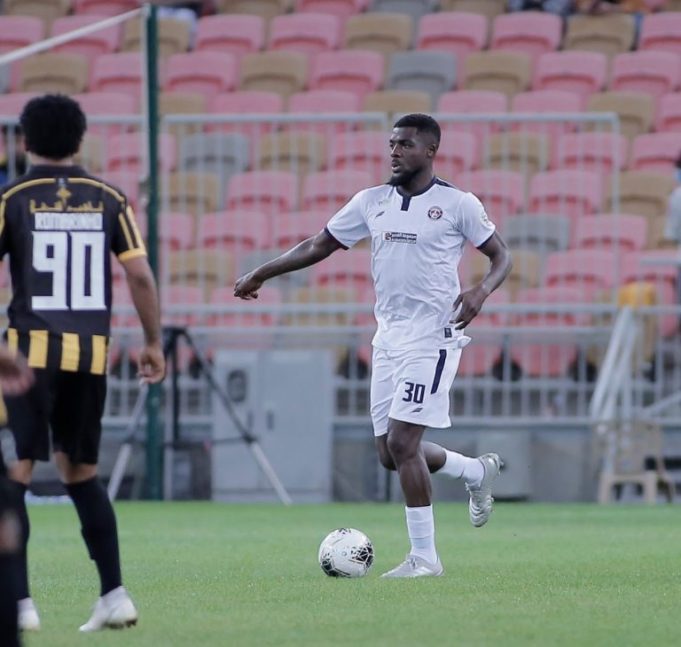 It was a pretty good outing for two Nigerian Internationals playing in the Saudi Arabian League on Friday with new import John Ogu maintaining his unbeaten run in the league whilst Ahmed Musa produced a decent display on the flanks to guide his side back to winning ways, AOIFootball.com reports.

John Ogu: The former Hapoel Be’er Sheva midfielder continued his impressive showing at the heart of the defence, helping Al Adalah FC to their second clean sheet in 4 league games as they were held to a goalless draw by 5th placed Al-Taawoun.

The 31-year-old produced yet another stout defending for the host to help them record their biggest unbeaten run in the current campaign as they continue their hard push to survive relegation.

Ogu finished with an impressive game rating of 7.2, making a game-high 7 clearances, winning 2 duels making 1 interception and tackle each and also completing 85% of his passes.

Ahmed Musa: The Eagles captain was on from start to finish but continued to search for his first league goal of the campaign as he impressed in Al-Nassr’s 4-2 big win away at Al-Shababto to end a run of 3 consecutive draws.

A hat-rick from talismanic forward Abderrazak Hamdallah and another from Khalid Al-Ghannam was enough for the defending champions as they closed the gap on league leaders Al-Hilal to just 3 points.

The former Leicester City attacker finished the game with a rating of 7.4, making 3 key passes, creating one big chance and also completed all 100% of his dribbles.