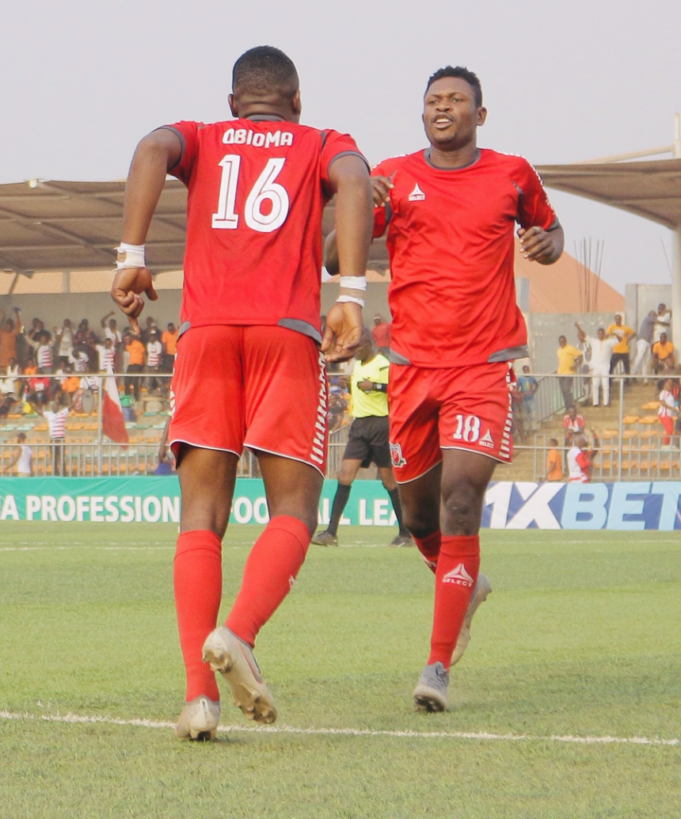 In-form striker of Heartland FC of Owerri, Eric Dufegha has declared he wants to get more goals for the Naze Millionaires after recording his first in the team’s 5-0 bashing of Adamawa United at the Okigwe Stadium, AOIFootball.com reports.

Dufegha was in fine form as he started the rain of goals for the Fidelis Ilechukwu led side with a finish off Samuel Nnoshiri’s corner kick as early as the 5th minute and he did not waste any more time to set up Heartland’s second 6 minutes later as he made a run from the flanks, his pass found Chukwuemeka Obioma who made no mistake from close range.

More goals from Obioma who got a hat trick and another by Nnoshiri ensured Heartland won by a massive 5-0 scoreline but Dufegha who inspired the team to victory says he wants to get more involved for the team while also aiming to get more goals.

“I felt so happy getting the first of the five goals we scored at home. It was an awesome feeling scoring my first goal and also giving an assist. I really believe if given more opportunities I will get more goals for the club,” Dufegha told AOIFootball.com.

It was the first time in 5 years that Heartland scored 5 goals in an NPFL game since they defeated Nasarawa United 5-2 in March 2015.

Up next for Heartland who are now 7th on the log, will be a trip to Lagos to face MFM FC in a Match Day 21 clash.