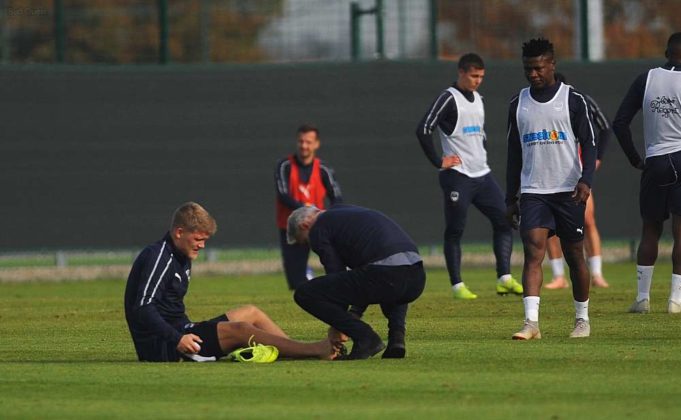 Girondins Bordeaux wing wizard, Samuel Kalu has resumed training with the main squad after recovering from a knee injury that kept him out for close to a month, AOIFootball.com can confirm.

The Super Eagles forward’s performance this season has been blighted by a recurrent knee injury that has only seen him score one goal in 19 appearances in all competitions for Bordeaux this season.

Speaking exclusively with AOIFootball.com from his base in France, the former KAA Gent star said he is fully back and wants to give his best for the remainder of the season.

“I’m happy to be back on the pitch training with my teammates. I’m eager to give my best in the remaining games and committed to the cause of the club,” Kalu stated.

Kalu’s return will definitely come as a boost for both club and country as Bordeaux aim to end the season in a respectable place on the log and also an inspiration for the Super Eagles as he is one of the players Coach Gernot Rohr relies on to do magic on the pitch when the three-time African champions regroup in March for two AFCON 2021 qualifiers against Sierra Leone.

Kalu will be available for selection this weekend for Bordeaux’s French Ligue 1 action against champions and high flyers, PSG at the Parc Des Princes.

Nigeria will shock the world in Russia, says Kanu