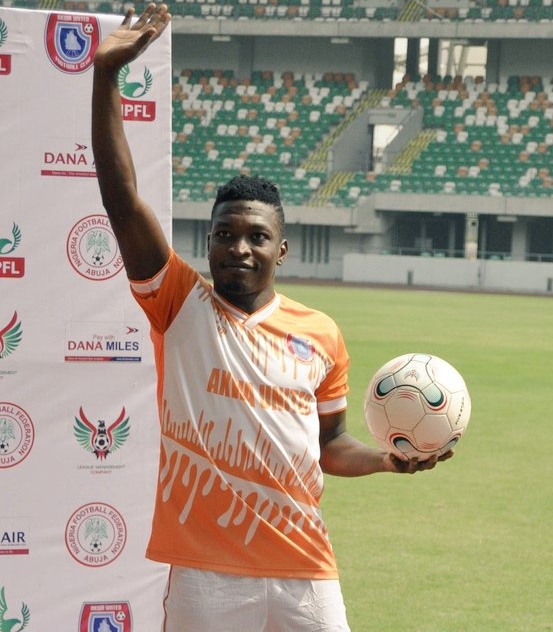 Akwa United forward, Ndifreke Effiong has promised to take his chances in front of goal as he aims to continue his scoring prowess in the Nigeria Professional Football League, AOIFootball.com reports.

Speaking to AOIFootball.com on Tuesday, the Olympic Eagles forward stated that though he is overjoyed at his current standing on the goal scorers’ log, he aims to keep his head down and work harder to ensure he continues in his rich vein of form in front of goals.

“It is a good feeling to be at the top of the goal scorers chart but I think I have so much more to do. The other players in contention are wonderful goal scorers too and it means I must put in more work to ensure I end the season as top scorer,” he posited.

Effiong also maintained that the club’s success is as important to him as his personal ambition.

The Under 23 star is enjoying his second season in the colours of Akwa United after joining from Abia Warriors.

No doubt Ndifreke is such a promising talent having represented Nigeria at the 2016 Olympics where Samson Siasia’s boys got the only medal for Nigeria at the global event.