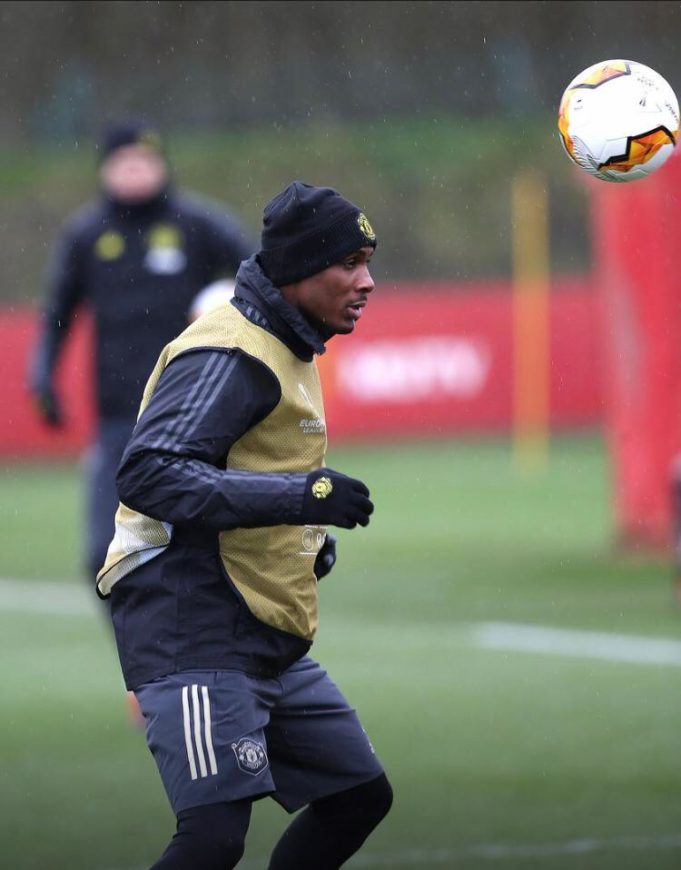 Odion Ighalo may get a starter’s shirt if feelers in the camp of Manchester United are anything to go by, as the former Watford man was one of those that partook in Wednesday’s training just before the team departed for Belgium for the Europa League clash against Club Brugge, AOIFootball.com reports.

Ighalo, according to Manchester United website, may get his first start in the game on Thursday night at the Jan Breydel Stadium, home ground of Club Brugge.

“Another who trained was Odion Ighalo. Our January recruit made his United debut on Monday night as a substitute during the 2-0 win over Chelsea, but could start his first game for the Reds in Belgium,” the site was quoted as saying.

The game will be the opportunity the former Super Eagles striker will be looking for after almost scoring in his cameo appearance against Chelsea on Monday night.