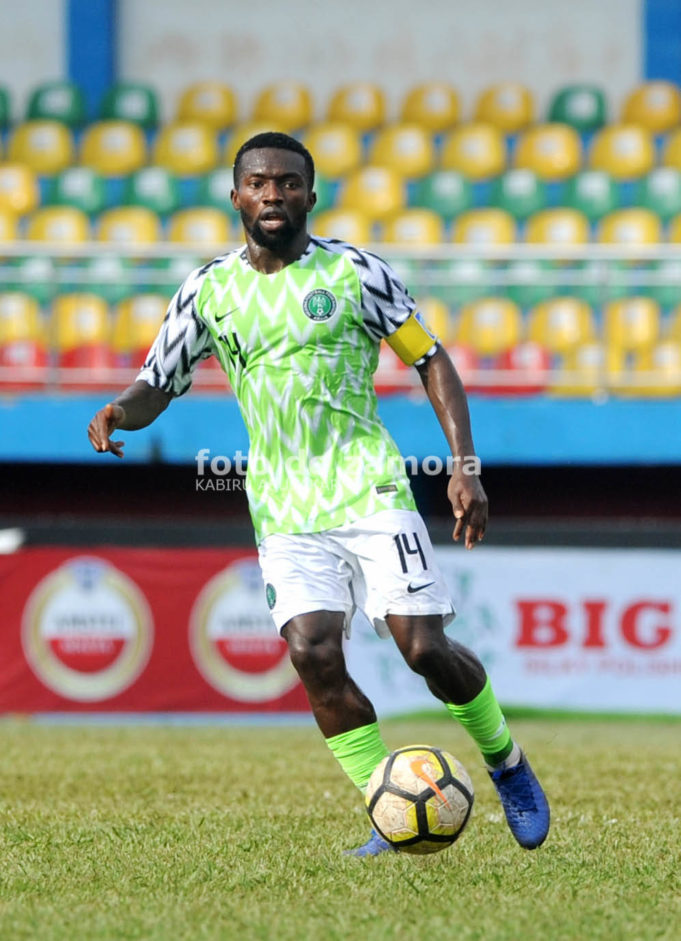 Olympic Eagles captain, Azubuike Okechukwu has declared that he deserves a return to the Super Eagles having played top-flight football for the past months, AOIFootball.com reports.

Okechukwu, who is on loan at Turkish top-flight side Istanbul Basaksehir from Egyptian Premier League side Pyramids, believes he has the qualities required to play for the Gernot Rohr-tutored team.

Speaking to AOIFootball.com exclusively from Turkey, the former Caykur Rizespor defensive midfielder insists he has so much to give if given a chance to fight for a shirt in the star-studded Eagles.

“I’m going in the right direction now and having a good season and I think I deserve a call-up,” he said.

Okechukwu has been in fine form for the Basaksehir who are just one point behind 1st place Trabzonspor on the log of the Turkish Super Lig.

He has featured 26 times in all competitions for the Turkish club, with a total pass accuracy of 85%, and a 6.5 rating. He last featured for the Super Eagles under Samson Siasia in 2016.