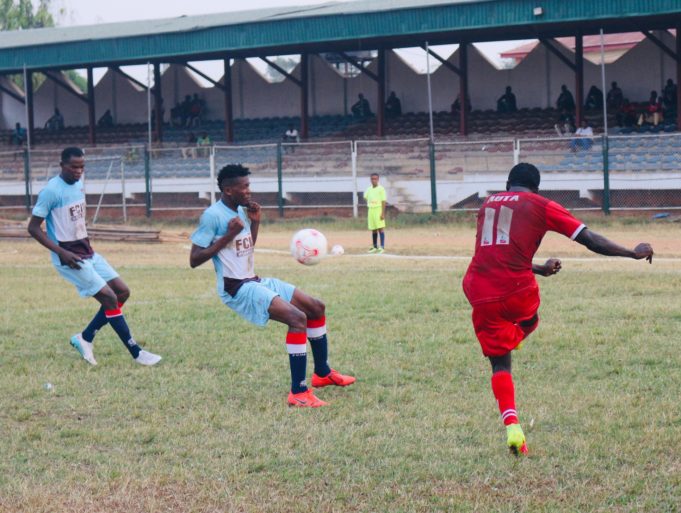 Auta, who has played in the NPFL since 2012 for different clubs, insists that despite the lack of audio/visual broadcasting of matches, there are remarkable improvements in the officiating and general organization of the league, though little skirmishes here and there still exist this season.

“I have for a while played in the league and for very big clubs too and I must say I had doubts at the beginning of the season but I think I have been proved otherwise. The organization of the league has improved in the area of officiating especially. I must commend the League Management Company for the work they have put in,” Auta stated.

The former Kano Pillars midfield maestro, who also underlined that there have been little issues of fans violence at different centres and even recently at his home ground in Umuahia, advised fans who come to the stadium to perpetrate such acts to desist from it as it rubs off on players and the beautiful game of football.

“I agree that despite the positives this season, we have also seen and heard the news of fan violence at different centres. I want to use this medium to advise fans who get unruly and do these things to stop these acts as there are lots of consequences that the game suffers as a result of their actions,” he added.

Concerning current issues bedeviling his club, Auta believes Abia Warriors will bounce back, especially from the home loss to Enyimba.

Auta has scored three times for Abia Warriors this season and had one assist in 14 appearances.