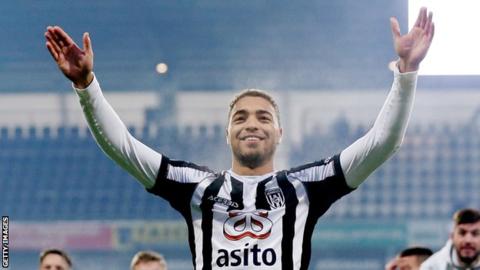 Super Eagles hopeful, Cyriel Dessers continued his impressive form in front of goal as he scored the only goal to help Heracles Almelo to a shock 1-0 win over league leaders Ajax at the Polman Stadium in Almelo, AOIFootball.com reports.

The league’s current top scorer started his 24th consecutive game for the hosts who were hoping to claim just their second win in 9 outings.

Both teams, however, failed to find the breakthrough in a tense first 45 minutes before Cyriel produced a moment of pure magic when a long searching ball from Janis Blaswich in the 77th minute found the forward as he shoved off Daley Blind before striking a powerful effort past Onana to seal all 3 points for his side.

The strike takes the 25-year-old’s tally to 15 for the current campaign as he remains on course to claim the league’s highest goal scorer award.

CAF Awards: I’m honoured to have made the cut, says Ighalo