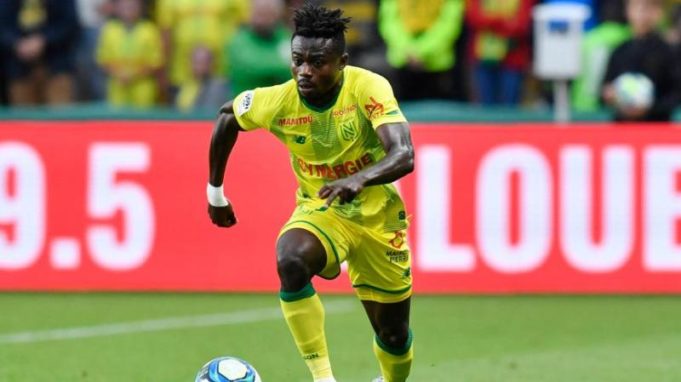 It was another mixed day for Eagles duo of Victor Osimhen and Moses Simon as they both played their parts to help their clubs return to winning ways on matchday 26 of the French Ligue 1, AOIFootball.com reports.

At the Stade Pierre-Mauroy in Lille, striker Victor Osimhen started hie 23rd league game for the host who were looking to bounce back from their 2-1 loss to Olympique Marseille last weekend as they continue their push for a place in next season Champions League.

Lille needed just 90 seconds to take the lead when Loic Remy put them ahead in the opening minute before he then doubles his effort just before half time to give them a 2-0 lead against Toulouse.

The impressive Osimhen then set up Renato Sanches on 72 minutes to claim his 4th assist of the campaign with the victory momentarily taking Lille back to 3rd having played one game more than 4th placed Rennes.

The Nigerian finished the game with an impressive rating of 7.7 and has now been directly involved in 17 league goals for Lille this campaign, a massive 51% of the clubs’ entire league goals.

Similarly, at the Orange Vélodrome in Marseille Moses Simon and his teammates shocked host Marseille to claim their first win in 3 games after earning a 3-1 win to move within 4 points of European qualification.

The Nigerian was deployed as the lone striker but and was highly influential on the night as strikes from Anthony Limbombe and Kader Bamba coupled with an own goal from Alvaro Gonzalez canceled out Morgan Sanson earlier strike to earn the visitors the vital 3 points.

With 9 goals and 8 assists in all competitions this term, the Eagles forward remain the club’s most prolific player and look on course to claim the best player of the campaign with talks already ongoing to make his loan switch a permanent one. 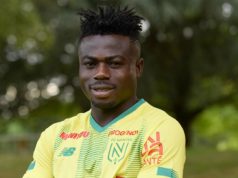