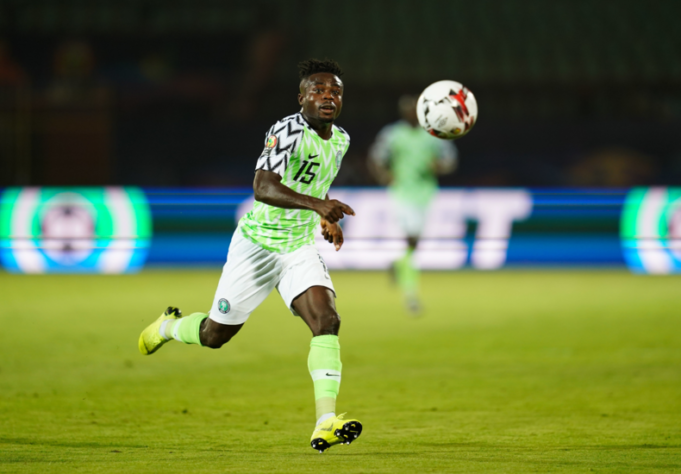 Super Eagles winger, Moses Simon has made it clear that only Super Eagles Coach, Gernot Rohr can decide which position he plays for the team, AOIFootball.com reports.

Simon has shown his versatility as a footballer having played as a forward for his French side Nantes FC in France, a move that has seen him bang in 9 goals with 8 assists since joining the club on loan from Laliga side Levante last summer.

The former KAA Gent of Belgium star has at different times and for different clubs and the National team played as winger, wing-back (either right and left) and now as a full striker for “The Yellow House.”

Speaking exclusively to AOIFootball.com, the former AS Trencin winger said he is open to playing at any position deemed fit by Coach Gernot Rohr.

“It is a good thing that I’m versatile and can play at any position but I don’t make such decisions because only my coaches who know my strength can decide that,” Simon said.

The Benue-born star sees his versatility as an advantage which means he can always be called upon to help the team at any time.

I’ll give my best for Eagles, Mikel Agu