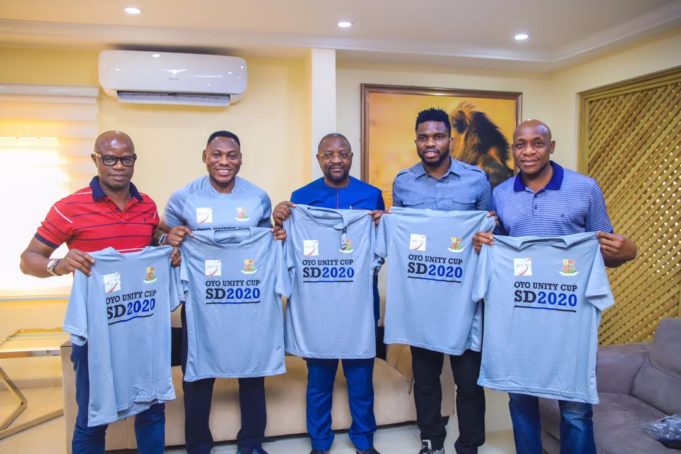 The pioneer Oyo Unity Cup which is the brainchild of the Minister of Youth and Sports Development, Mr. Sunday Dare, with the aim of discovering young talents in football for national and international exports, has ended with so many talking points as young footballers thrilled the fans with good football artistry at the Liberty Stadium in Oyo state, AOIFootball.com reports.

Speaking at the event, the Minister thanked all who contributed to the success of the maiden event and said it signals more good things to come in Sports. 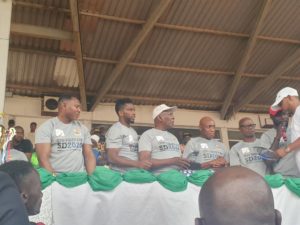 “It’s never too late, we have started and we will keep improving on Unity Cups across the Federation to ensure this goes across different states to enable us to catch young talents. Some of the talents that were discovered are indeed skillful, I am impressed with what I have seen and this has spurred me to do more knowing that there are lots of talents undiscovered across the Federation.”

Fans were also thrilled to catch a glimpse of some of their favourite ex-internationals. Leading the pack was Daniel Amokachi “The Bull” former Everton Football player accompanied by the newly appointed assistant coach of the Super Eagles, Joseph Yobo, Mutiu Adepoju, the Nigerian LaLiga Ambassador and Former player of Real Sociedad in Spain and Ike Shorounmu former Super Eagles goalkeeper wasn’t left out.

The fans were excited to have these football Legend gather in their town to be part of the finals of The Oyo Unity Cup. 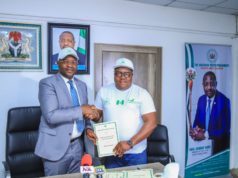 Moses happy to be fit again