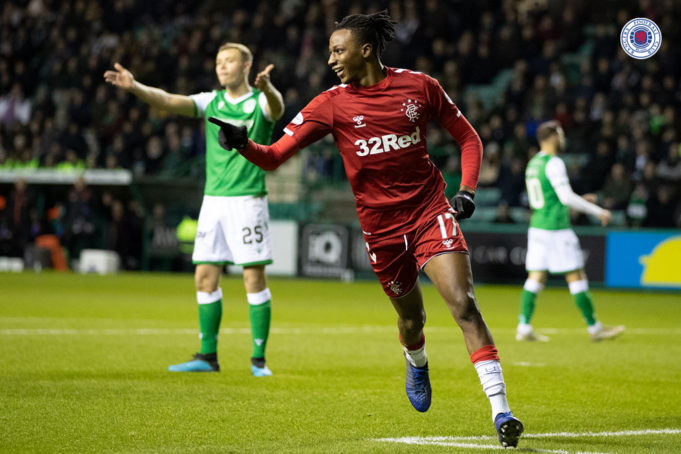 Nigerian international Joe Aribo scored his second goal within the space of four days for Glasgow Rangers as they were forced to a 2-2 draw away at St. Johnstone which all but ended their title ambitions, AOIFootball.com reports.

Having scored an incredible solo goal in the Europa League last Thursday night, the midfielder returned to the starting XI with the visitors keeping an eye on Thursday’s crunch Europa Round of 32 tie at Braga.

Callum Hendry’s strike after 8 minutes gave St. Johnstone the lead before half time substitute, Florian Kamberi equalized within four minutes of his introduction, with Aribo completing the comeback on the 71st minute when he stabbed home to make it 2-1.

The hosts, however, found the equalizer ten minutes from time, courtesy of Stevie May as both teams settled for a share of the spoils.