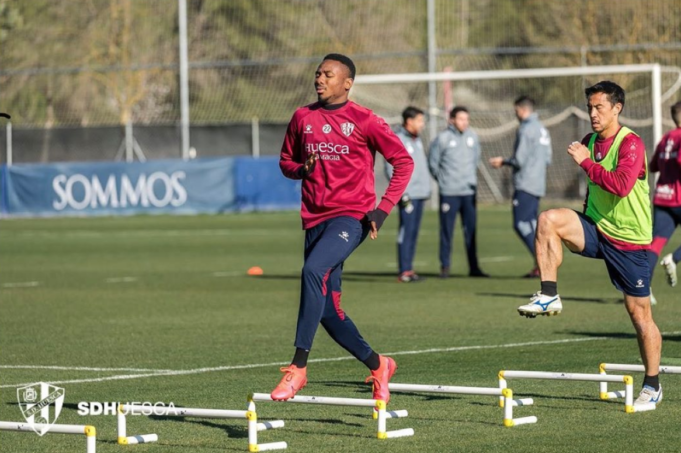 Head Coach of Segunda Division side SD Huesca, Francisco Javier Rodríguez Vílchez believes Nigerian international, Kelechi Nwakali has great potential and he is a wonderful addition to the club as they continue to chase promotion into the elite division, AOIFootball.com reports.

Huesca have had an impressive campaign and are currently placed 4th on the log and the eventual arrival of Kelechi after visa issues is certainly needed as he will add some steel in midfield for the team, this the coach agrees with, having watched and drilled him in training since he arrived.

Francisco has also taken a special likeness for Nwakali.

The former Arsenal midfielder is undergoing special training organized by the club and has been made to work on his aggressiveness and shooting when on the ball.

AOIFootball.com further gathered that the club’s coaching hierarchy appreciates the quality of the former Nigeria U17 captain and are polishing him to make him even a better attacking midfielder in the mould of Koke and Ivan Rakitic of Atletico Madrid and Barcelona.

Nwakali is expected to get some game minutes soon.

Meanwhile, the Olympic Eagles midfielder has begun his Spanish language class to sharpen his communication skills with his teammates.