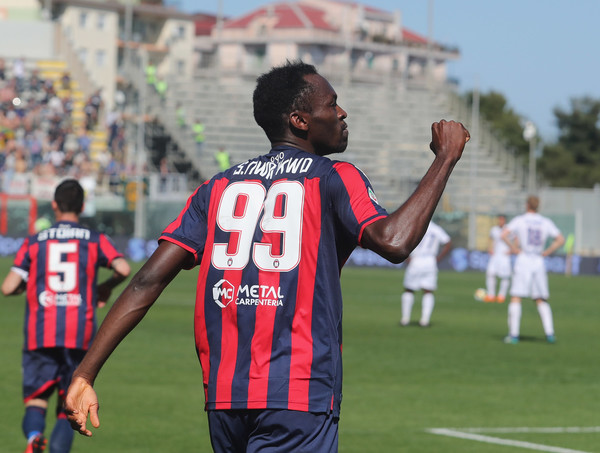 Nigerian international Simy Nwankwo continued his fine form in the colors of Serie A chasers Crotone as he helped them record back to back wins following his winning goal at Virtus Entella, AOIFootball.com reports.

With a goal or assist in his last 3 league outings, the 27-year-old led the line alongside Samuel Armenteros, but it was the Swedish striker who drew first blood when he put the visitors 1-0 up inside the opening 10 minutes.

Simy then scored what went on to be the winner 7 minutes from time when he finished off an assist from Salvatore Molina for 2-0 before the hosts pulled one back deep into additional time with Crotone holding on to claim their 13th win of the campaign.

Simy who has now scored 12 league goals this term, finished the game with an impressive rating of 7.1, winning 8 duels, making 1 key pass and also completing 65% of his passes.

The win momentarily moves Crotone back to second on the log with 43 points, level with 3rd place Frosinone having played one game more in their quest for automatic promotion.