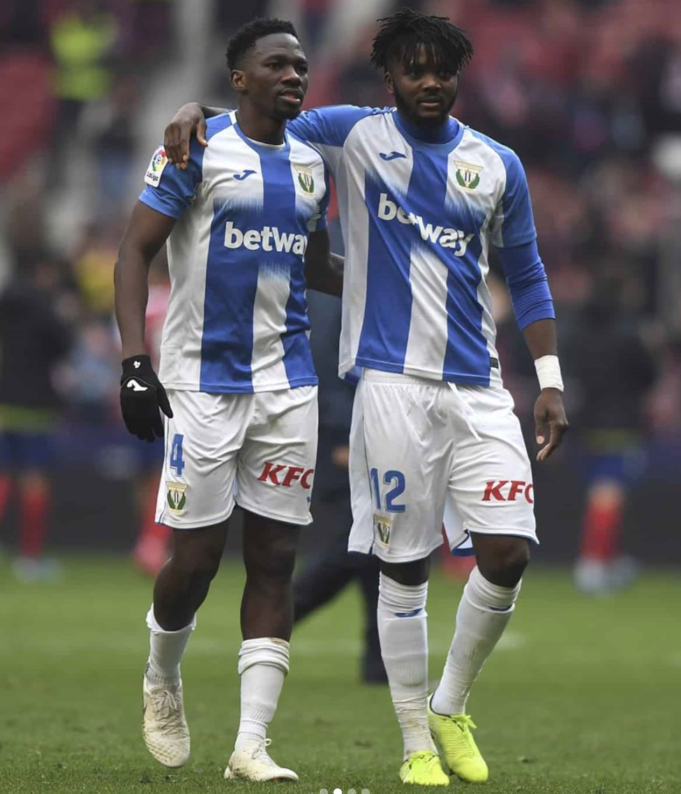 Super Eagles duo of Kenneth Omeruo and Chidozie Awaziem continued to fight to avoid the drop as they were both in action for Leganes on Saturday, whilst midfielder Ramon Azeez also came on for Granada.

Chidozie Awaziem and Kenneth Omeruo: The Eagles duo continued their partnership at the heart of Leganes defense in a bid to avoid relegation but were only able to salvage a point as Leganes fought back to draw 1-1 at home to Deportivo Alaves.

After a goalless first 45 minutes, the visitors took the lead courtesy of a Lucas Perez strike but the host responded through Guido Carrillo to draw 1-1 as they remain second bottom on the table with 20 points from 26 games.

Ramon Azeez: The former Flying Eagles skipper came off the bench for injured Yan Brice just before the hour mark but could not inspire Granada to a win as they drew goalless at home to Celta Vigo.

Azeez finished the game with a rating of 6.6, completing 67% of his passes, winning 4 duels and also making 2 key tackles.