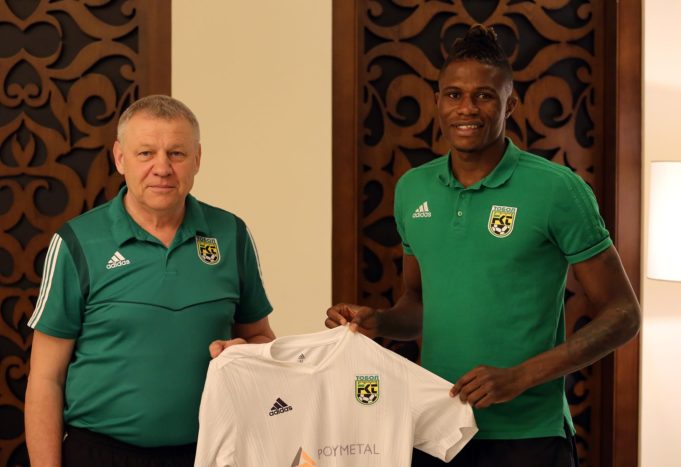 A shoulder injury has ruled out FC Tobol’s new signing and Nigerian international, Stephen Eze from the first league game of the season in the Kazakhstan Premier League, AOIFootball.com can confirm.

Tobol was expected to play Shakhtar to kick-start their season but will have to go ahead without the tall, lanky and experienced defender.

The former Kano Pillars center-back suffered the injury in Antalya, Turkey during the club’s preseason in the Middle East country.

It is not certain when he would make a return.