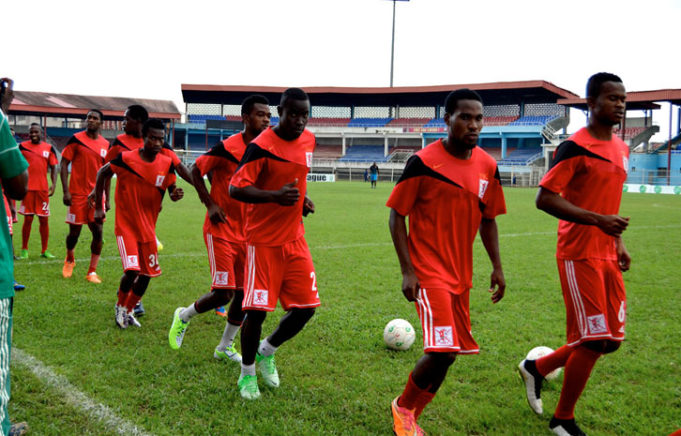 Following the unceremonious resignation of expatriate coach, Emmanuel Deutsche from the club, management of the Umuahia based side has thrown its weight behind young gaffer, Willy Udube to succeed at the club, AOIFootball.com reports.
Speaking exclusively to AOIFootball.com, the club’s Director of Sports, Patrick Ngwaogu, submitted that the young tactician has got what it takes to stir the ship and become successful at the end of the season, adding that his certification and experience in coaching was closely considered before giving him the go-ahead.
“We at Abia Warriors FC believe in the ability of coach Willy Udube to succeed at the club,” said the veteran sports administrator who also has a CAF ‘B’ coaching licence.
“He has all it takes both in terms of experience and certification to succeed, hence the decision to make him the substantive head of the technical crew,” he added.
The former Heartland FC of Owerri player has worked under some reputable football managers and clubs, such as Stanley Eguma of Rivers United and Ngozi Elechi of Go-Round FC, before working under Emmanuel Deutsche, whom he has succeeded, and Ngwaogu believes he has acquired enough experience as a CAF ‘B’ licenced coach, to help the club have a successful campaign this season.
“Willy is a CAF ‘B’ licenced coach, and he has worked with some notable clubs before now, so we’re not doubting his ability to deliver.
“He also understudied Emmanuel Deutsche for sometime before his resignation, and he understands the players very well now,” concluded Ngwaogu.