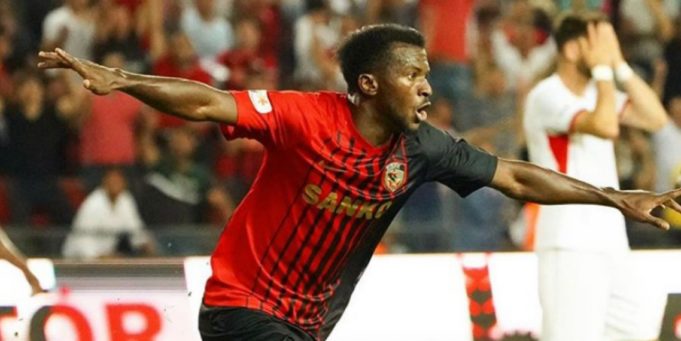 Former Super Eagles skipper, Mikel John Obi returned to action after serving his one-match ban against Rizespor but it was Kayode Olanrewaju who stole the show as Trabzonspor settled for a 1-1 draw, AOIFootball.com reports.

In a clash of Nigerian brothers in Turkey, the host lined up Olanrewaju to lead their attack whilst Mikel and Nwakeame were also in the starting XI for Trabzonspor who were hoping to overtake Istanbul at the summit of the log.

Ghanaian striker Caleb Ekuban put the visitors ahead in the 22nd minute with just his third league goal of the campaign as they went into the break 1-0 up.

Kayode, however, equalized for the host 8 minutes after the interval when he beat the offside trap to head home from close range as he scored his 9th league goal of the campaign before Nwakeame taught he had scored the winner on 93 minutes with the VAR canceling his effort with both teams settling for a share of the point.

Kayode was then adjudged the man of the match after earning a rating of 7.5, with the former Manchester City forward now directly involved in 15 goals in just 21 appearances this season.

Anderlecht eager to have me back, says Onyekuru