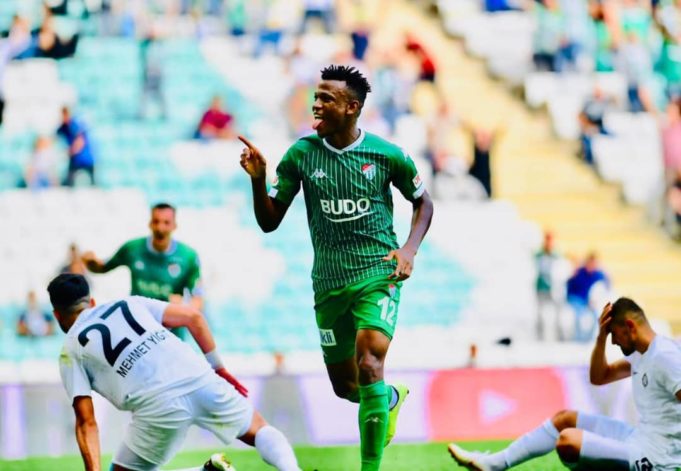 Super Eagles star, Shehu Abdullahi has said that his ability to play different roles on the pitch is an advantage for both club and country, AOIFootball.com reports.

The Bursaspor number 12 has been in amazing form this season for the promotion chasers and was instrumental to his club’s success, whilst also adding goal scoring to his versatility which has seen him play in different positions as requested by the team’s technical crew.

“I’m one of those players who can play at different positions for my national team and club; to me that comes as an advantage. I will always give my best when called upon and will also follow instructions given to me by my coaches,” the former Kano Pillars defensive midfielder stated.

The former Anorthosis Famagusta of Cyprus right-back also posited that he has worked hard to add goalscoring to his recent abilities on the pitch and was delighted to have scored four goals this season in the colours of Bursaspor.

“It’s funny most people think I cannot score goals. I have worked hard to add that to my abilities this season and I hope to score my first goal for the Super Eagles soon,” Abdullahi enthused.

Shehu started and shined as a defensive midfielder back in the days in the colours of four- time Nigeria Professional Football League champions Kano Pillars.

His quality in that role endeared him into the heart of late Eagles coach Stephen Keshi who gave him a chance with the Home-Based Eagles. He has also shown quality playing as a right-back for the Super Eagles.

He is one of the 24 recently called up by Coach Gernot Rohr ahead of the back to back AFCON 2021 qualifier against Sierra Leone later this month.