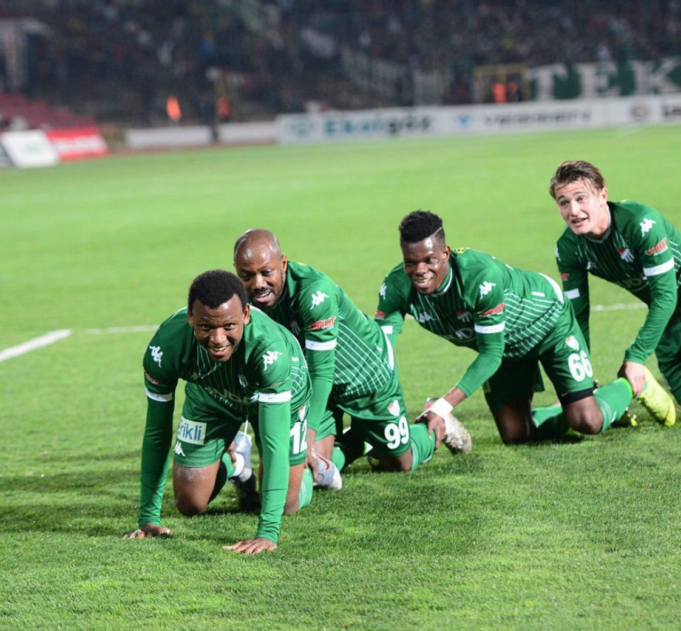 Nigerian international Shehu Abdullahi continued his impressive performance in the heart of the midfield as he scored for the second consecutive league match to earn Bursaspor a 3-1 away win over Balikesirspor, AOIFootball.com reports.

The 26-year-old returned to the starting XI after serving a one-game ban with the visitors hoping to end their first win in 5 league games.

They, however, needed just 15 minutes to register their intent when Abdou Razack Traore put them 1-0 up before striker Kubilay Kanatsizkus made it 2-0 seven minutes later as they went into the break 2-0 up.

Abdullahi then made it 3-0 with a sublime finish on the hour mark when he fired home from the edge of the box before the hosts grabbed a late consolation as Bursaspor strolled to their 14th league win of the campaign.

“Big fight, amazing team performance at Balikesirspor. My fourth goal of the season, dedicating this to Bursaspor fans. We keep fighting together!,” Abdullahi posted afterwards.

The win now sees Bursaspor move up to 3rd on the log with 45 points from 27 games, 5 points behind leaders Hatayspor with 7 games left in the season.

Abiola Shodiya - May 24, 2017
ALL CATEGORIES
SOUNDCLOUD