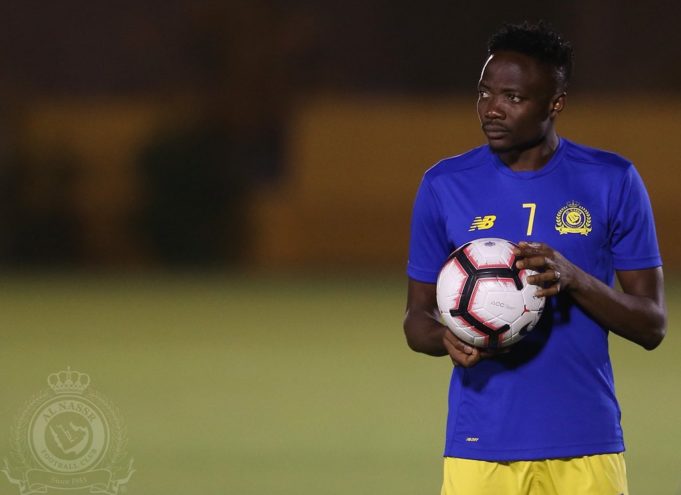 Super Eagles captain, Ahmed Musa continued his quest for his first league goal of the campaign as he came off the bench to inspire Al-Nassr to a 4-1 win over Al-Raed on matchday 22 of the Saudi Arabian Professional League, AOIFootball.com reports.

Without a win in any of their previous two league outings, the hosts were desperate to return to winning ways but they somehow found themselves behind after just 8 minutes when Raed Al-Ghamdi put them 1-0 up.

League top scorer Abderrazak Hamdallah then leveled up with a penalty rebound on 19 minutes before he then turned provider five minutes later Giuliano as the host overturned the scoreline to lead 2-1 going into the break.

Musa then came off the bench on the hour mark for Khalid Al-Ghannam before Nordin Amrabat endured the victory was in the bag when he scored four minutes from time to make it 3-1.

Musa, however, got into the act deep into added time when his stylishly lofted pass found Hamdallah with the striker making no mistake to tuck home from close range.

The Nigerian still managed an impressive rating of 7.1, completing 86% of his passes, winning 4 duels and also making 1 key pass.

Adeleke delighted with Latvia’s Player of the Month Award