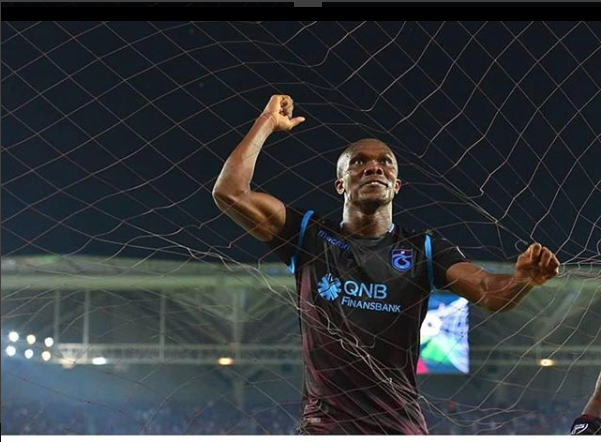 Nigerian international, Anthony Nwakaeme took his season tally to 10 league goals after he scored Trabzonspor’s third of the game as they defeated Yeni Melatayaspor 3-1 in a rescheduled matchday 19 clash, AOIFootball.com reports.

Without a goal or assist in his last two league outings, the 30-year-old lined up for the 23rd time this season with compatriot Mikel Obi dropping to the bench for the visitors.

It, however, took them just 10 minutes to open the scoring when Filip Novak made it 1-0 before Jose Sosa made it 2-0 on the half-hour mark to put Trabzonspor in a good lead.

The hosts, however, reduced the deficit just before half time with a strike from Umut Bulut to set up an interesting second 45 minutes.

Nwakaeme then ensured that there was no room for any comebacks when he struck ten minutes after the restart to give his side a 3-1 lead and seal their 15th win of the campaign.

The win now sees Trabzonspor reclaim top spot from Istanbul Basaksehir on just goal difference with both teams having 52 points after 25 games.