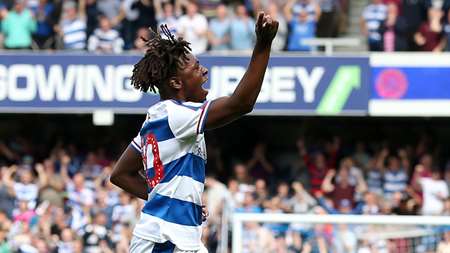 Reports in the UK indicate that Tottenham Hotspurs manager Jose Mourinho is leading the chase for Super Eagles prospect Eberechi Eze who has a 20 million pounds tag on him from Queens Park Rangers in the Championship, AOIFootball.com reports.

Eze has been in fantastic form for Rangers this season and has caught the eye of the former “Special One” who needs to rekindle the old fire Spurs are known for next season.

The £20 million price tag put off Sheffield United and Crystal Palace but Spurs have been monitoring the 21-year-old for some time, with former manager Mauricio Pochettino showing a great interest in the youngster before his sack in November.

Jose Mourinho is now looking to strengthen his midfield in the upcoming summer transfer window and is likely to make a bid for the £20m-rated Eze, according to reports.

Eze, who has featured for the youth teams of England, is yet to make a pronouncement on his international future.