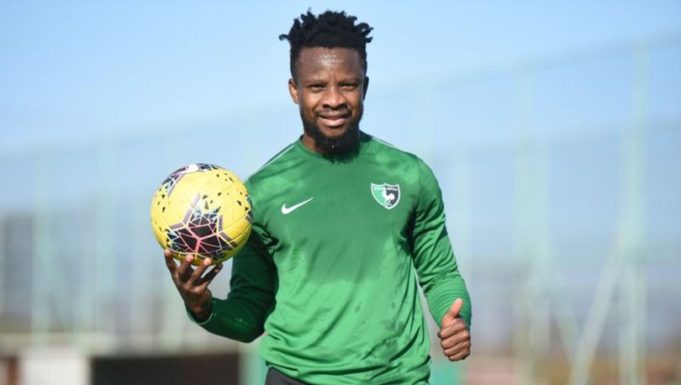 Super Eagles midfielder, Ogenyi Eddy Onazi has confirmed he will get an improved deal at his Turkish side Denizlispor as the club aim to keep him for more seasons.

The former Lazio star signed an initial contract in January that will keep him at the club till June 2020 and has shown his class as a top player since he joined, with the club’s hierarchy seeing the Nigerian as a great addition.

Speaking to AOIFootball.com from his base in Turkey, the former Trabzonspor of Turkey tireless worker confirmed the news.

“Yes I can confirm there has been such development but we have not spoken about it at the moment,” a calm Onazi stated.

Although the 2013 Africa Cup of Nations winner has many options on the table with offers already pouring from Europe it remains to be seen if Denizlispor can table an irresistible offer.

The Eagles engine room also used the opportunity to appeal to both fans of his club and the Super Eagles to maintain personal hygiene, especially to wash their hands, maintain social distance, wear face masks and most importantly stay safe at home.