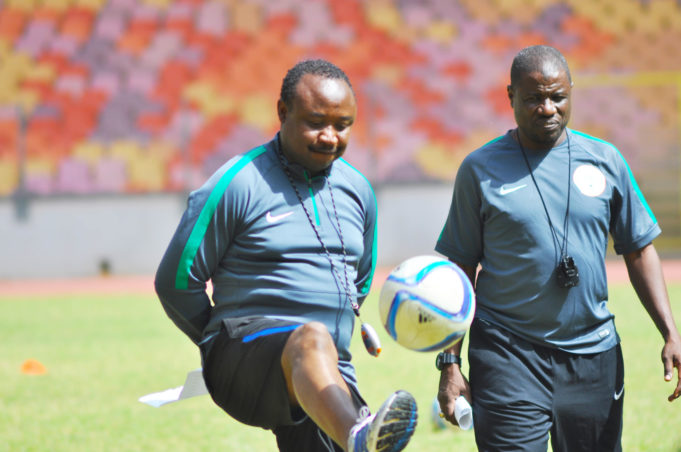 Former Super Eagles wing wizard, Tijani Babangida has revealed the reasons why defending champions Nigeria did not participate at the 1996 Africa Cup of Nations, AOIFootball.com reports.

The former Ajax of Amsterdam forward told AOIFootball.com in an exclusive interview that the then Head of State late General Sani Abacha could not guarantee the team’s safety at the tournament.

Nigeria had pulled out of the tournament citing fears for the security of the team in South Africa, which strongly criticized the Nigerian government for executing the famous Ogoni nine.

Babangida explained that Abacha had a meeting with the players to explain why they would be missing the tournament.

“He summoned us to Aso Rock and explained to us his problem with the rest of the world and also with South Africa. He said he could not guarantee our safety and believed they could reach us just to get to him.

“He, however, told us that we could go at our own risk but we decided to honour the father of the nation,” Babangida revealed.

Though pundits across the continent rued the Eagles’ absence at the tourney, it was a great tournament for host South Africa who on home soil won their very first and only Nations Cup title to date.