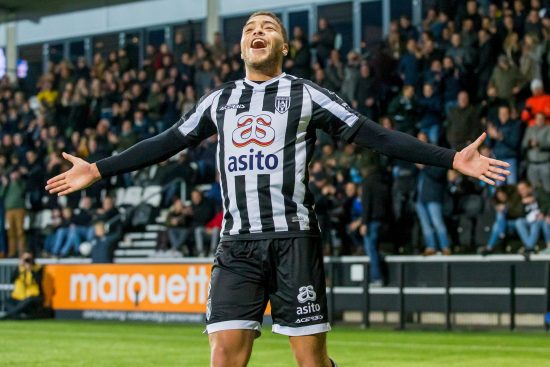 New Super Eagles invitee, Cyriel Dessers has debunked reports linking him with a move away from current club Heracles Almelo, maintaining that his heart remains with the Almelo-based outfit, and he is committed to the club, AOIFootball.com reports.

The 25-year-old has enjoyed a stellar debut season with the black and white since his summer switch from Utrecht with his performances now drawing series of attentions and also receiving his first-ever international call up by Nigeria.

“Stories will come and go but this is where my heart is and for now I remain a player of Almelo and I am committed to the cause of the club,” Dessers told AOIFootball.com exclusively from his base in Holland.

He, however, stressed that he was happy with the reported interest, despite just recently joining Almelo but reiterated the fact that he remains focused on helping his side reach the playoffs as they currently sit on 8th position with 8 games left in the regular season.

A summer acquisition from FC Utrecht, Dessers has been an instant hit for the Frank Wormuth tutored side, having scored 20 goals and a further 6 assists in all competitions this term.