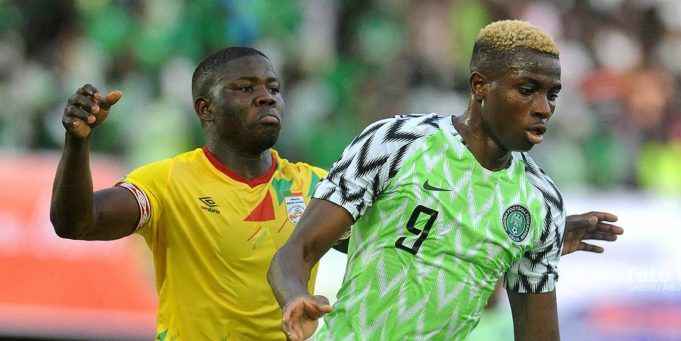 Super Eagles and Bursaspor of Turkey utility player Shehu Abdullahi has named teammate and Lille of France forward Victor Osimhen as Nigeria’s hottest footballer following a series of impressive displays this term which has seen the striker become of the most sought after players in the transfer market, AOIFootball.com reports.

The former Kano Pillars defender, who was speaking during his live Instagram chat with the NFF media team, stated that the striker possesses great abilities both on and off the ball and he won’t be surprised if he makes another astonishing move in the next transfer market.

“The National team currently has a lot of great players who can stand their ground anywhere in the world but at the moment, you have to give it to Victor Osimhen who has embraced the team and become a very important player after the exit of Ighalo.

“He is young and has plenty of energy which has been a massive boost to our qualifying run for the AFCON,. We saw what he did in our opening games against Lesotho and Benin and I believe he can still do more in the future,” Abdullahi said.

Osimhen has contributed more than 60% of the country’s goals since its 3rd place finish at the AFCON last year and has been involved in 6 (4 goals 2 assists) of Nigeria’s last 9 goals in all competitions.

The 2015 FIFA U-17 World Cup winner has however taken his game to another level over the last 18 months which has seen him score well over 45 goals for club and country, with his performance now drawing plenty of interests from major clubs across Europe.