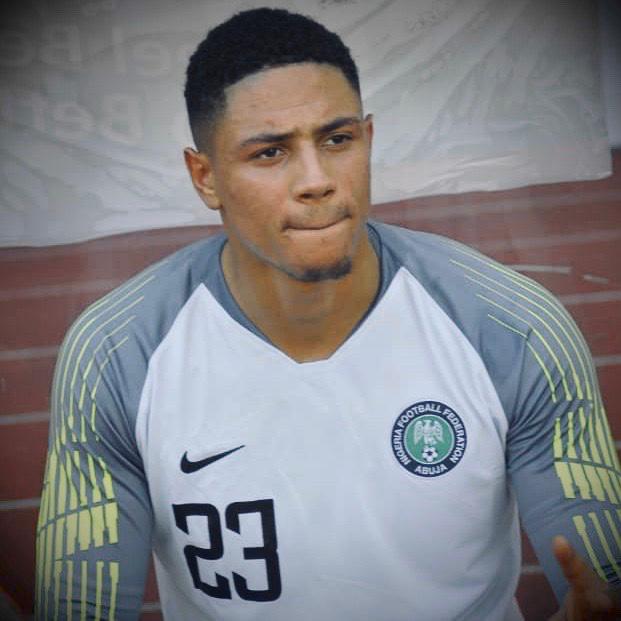 German-born Nigerian goalkeeper Maduka Okoye has revealed he started football as a forward before switching roles during his career, AOIFootball.com reports.

In a monitored chat with the Super Eagles Instagram platform, the young and aspiring goalkeeper disclosed that he couldn’t believe he would excel in that role when he switched as a young boy.

“I started football at a young age but then I was a forward. It shocks me that I now excel and I am making gradual progress in the goalkeeping role. It is an interesting role and I have learnt a lot to even have a chance with the Super Eagles,” he stated.

Okoye, who is an indigene of Enugu state, further said he wants to be part of the National Team for a long haul and wishes his time would be trophy ladened.