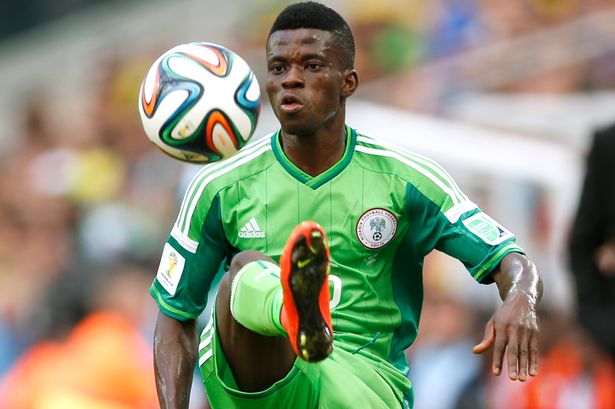 *Rues five-year absence with the team

Super Eagles midfielder, Ramon Azeez has said that hard work was key to his recall to the national team after a five-year absence, AOIFootball.com reports.

The Granada midfielder was part of Nigeria’s 23-man squad to the 2014 FIFA World Cup in Brazil where he made his competitive debut against Iran in the group opener.

He however failed to get any invitation since the tournament until 2019 when Coach Gernot Rohr handed him a recall to the Super Eagles.

The former Almeria of Spain defensive midfielder hinges his return on the fact that he remained focused and worked very hard despite being shutout.

“Hard work and dedication to my game helped me to return to the Super Eagles. Those five years really taught me a lot and I knew I needed to work very hard to deserve a recall.

“It was frustrating and painful you know. I really felt the pain but I was determined. I was delighted when I got a fresh call from the coach and I knew it was due to the work I had put in,” the former U20 captain stated.

Azeez further added that he would continue to work hard to ensure regular invitations whilst also pointing out that the team is very competitive and everyone has earned his invite to the Super Eagles.
If you use the quotes from this content, you legally agree to give www.AOIFootball.com the News credit as the source and a backlink to our story. Copyright 2020 AOIFootball.com