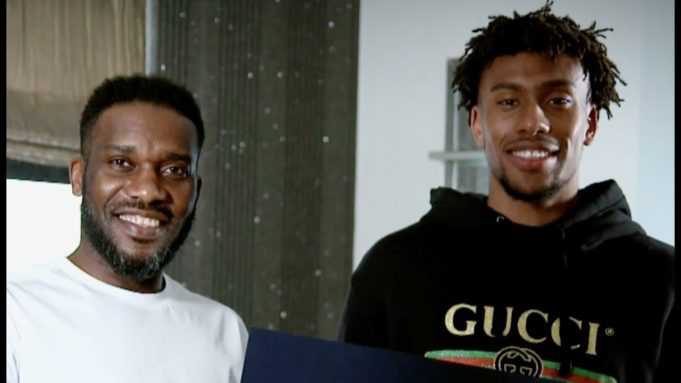 Everton star, Alex Iwobi has said he would have loved to play alongside Nigerian legend and his uncle, Austin Jay Jay Okocha in the Super Eagles, AOIFootball.com reports.

Iwobi revealed in a recent interview with the Super Eagles media team that Okocha was so magical during his playing days and it would have been an honour to play beside him.

“My uncle definitely would be that player I would have loved to play in the same team with. He was so magical with the ball and it would have been an honour to play alongside him,” Iwobi enthused.

The AFCON bronze medal winner said he is proud of the achievements and qualities of his big uncle but looks forward to creating his own legacy with the Super Eagles.