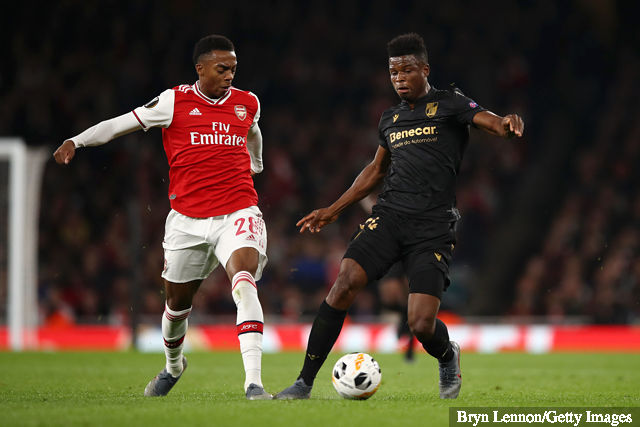 Super Eagles defensive midfielder, Mikel Agu has revealed that he has suffered four career-threatening injuries since he kicked off his football career in 2011, AOIFootball.com reports.

The Vitoria De Guimaraes player made this revelation in a chat with the Super Eagles media team via Instagram. The former FC Porto player listed the injuries and said if he was not as strong, he would have quit playing football.

“I have had four major surgeries that would have caused me to quit playing football. Like I have broken my tibia and had surgery, torn my meniscus also and had to go through surgery; I also broke my metatarsal and had a 4cm hamstring tendonitis tie and I must tell you it takes a miracle to continue playing football, but I have come through and I am doing well,” Agu stated.

Agu has had 7 caps for the Super Eagles and has also featured for clubs like FC Porto, Vitoria De Setubal, Club Brugge, and Bursaspor.