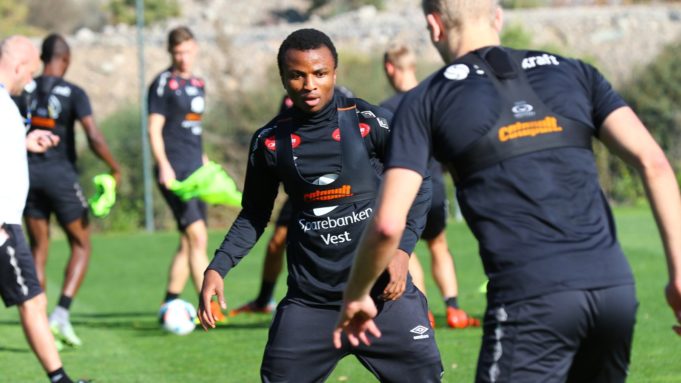 Super Eagles midfielder, Chidiebere Nwakali has refuted reports in the media that he has put pen to paper with Ki Klaksvik FC based in Faroe Island, AOIFootball.com reports.

Nwakali, an U17 World Cup winner with Nigeria in 2013, is currently unattached and is attending to different offers on his table as he aims to rekindle his career.

But reports surfaced on Monday that a Faroe Island-based club confirmed his signature and will announce sealing of the deal in two weeks but the former Aberdeen of Scotland midfielder came out to deny the story.

The former Manchester City player has had loan spells in Scotland, Norway, and Sweden.